We experienced the political impasse involving the Jews and Palestinians today.

our host in Efrat, Ardi Geldman

Our Tuesday in Israel began with a drive about seven miles south of Jerusalem to Efrat, a Jewish settlement established in 1983 in the occupied West Bank. We were ushered into a synagogue by Ardi Geldman, a member of the community and a native of the north side of Chicago.

He painted a picture of Palestinian violence against the Jews – car rammings, murders – and confessed that he didn’t see an end to the Mideast conflict.

“The peace process is dead in the water,” he said. “We’re living with conflict management.”

in a town of 10,000, there are several medical clinics

There are approximately 10,000 Jews living in the settlement. Geldman told us it is no longer safe for him or other people in the settlement to go to nearby Bethlehem, which is under Palestinian authority. He spoke of an Israel that welcomes all faiths – he said there are 100,000 Palestinians allowed to work in Jerusalem and other Israeli-controlled cities. Geldman and his wife moved from Chicago to Efrat in 1985 and have six children. He said more and more Jews are returning to Israel from other parts of the world. 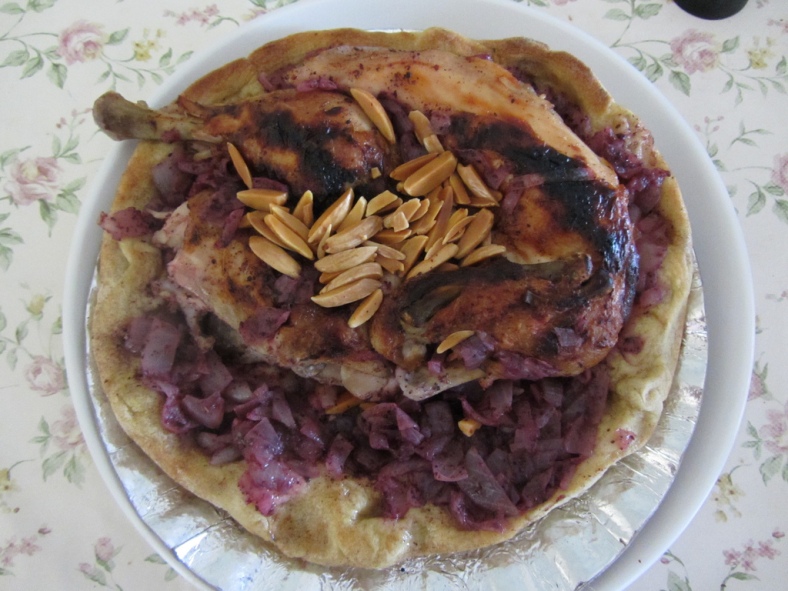 From there we drove to Bethlehem for lunch at restaurant that served Musakhan – sumac chicken with sautéed onions on pita bread. Very tasty.

Then it was to a nearby Palestinian refugee camp called Dheisheh, which was established in 1949 for Palestinians from more than 45 villages who fled during the 1948 Arab-Israel War. It is located just outside Bethlehem.

Hamzeh Abedrabbu, our host at the Dheisheh refugee camp

We were met by 27-year-old Hamzeh Abedrabbu, who shared his life and hopes with us. He was born in the refugee camp and still lives with his parents, working as a social worker.

this is one of the widest roads in Dheisheh

“I don’t want to die here,” he said. “We don’t belong here. We keep dreaming about going back (to Jerusalem). If you lose hope, you will lose your life.”

too narrow for any vehicles

He painted a picture of small rooms – 12-feet by 12-feet – created by the United Nations. He said there was no electricity in the camp, which has about 11,000 residents, until 1976. And he said 60 percent of the people living there are teenagers and that 80 percent of the residents are educated. It was clearly a different view of the Jewish-Palestinian impasse that we had heard in the morning. 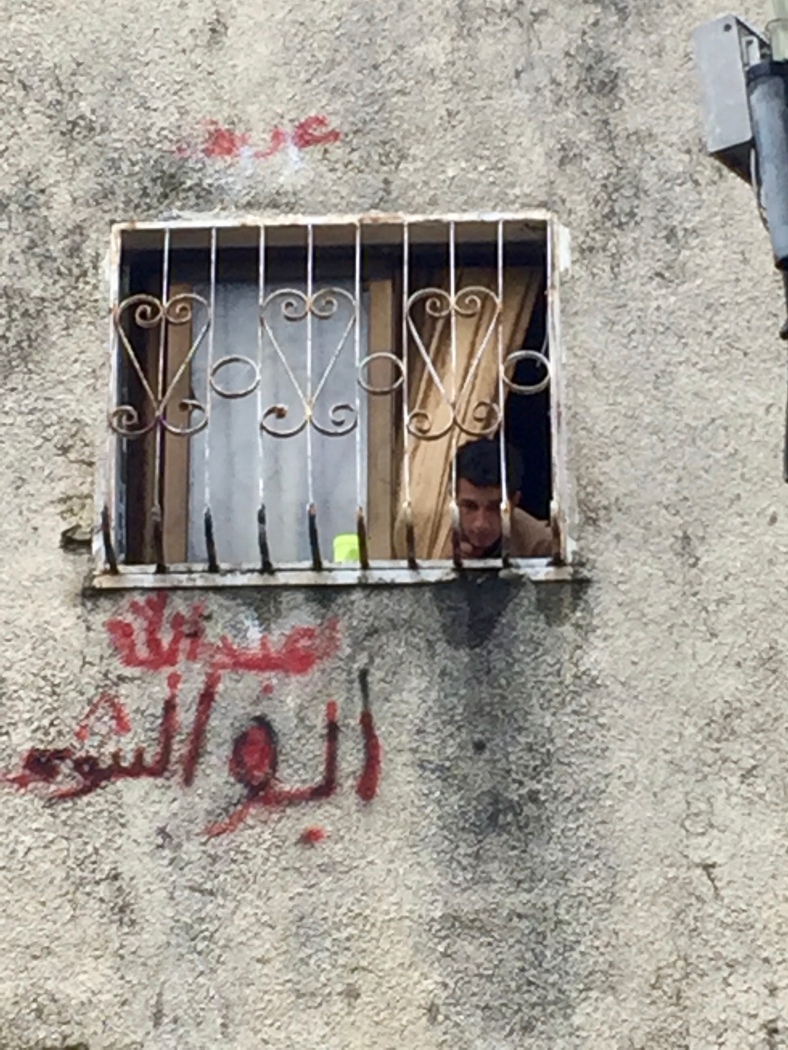 a young Palestinian refugee watching us

Hamzeh said his goal for himself and his people is freedom. “I seek for justice,” he said. He said he tells children in his community not to hate. And he urged us to “go home and tell the truth” about what is happening here. We walked through part of the camp, which has a single pharmacy and only one medical clinic, run by the United Nations, before returning to our hotel in Jerusalem.

this wall has been called a Security Wall, a Separation Wall, an Apartheid Wall, and worse

On our way, we got a close up view of the Separation Wall, built by the Israeli government.

pray for peace, justice, reconciliation, and for the people here in Dheisheh and in Efrat

The Wednesday itinerary has us traveling to Hebron of the West Bank although Bishara, our guide, is going to confirm that in the morning since there has been some tension there.